Middle-aged, child-free and single, Nici Wickes is relishing a life of relative solitude. Her new cookbook is a guide to living alone healthily, joyfully and quietly, with lots of glorious recipes. 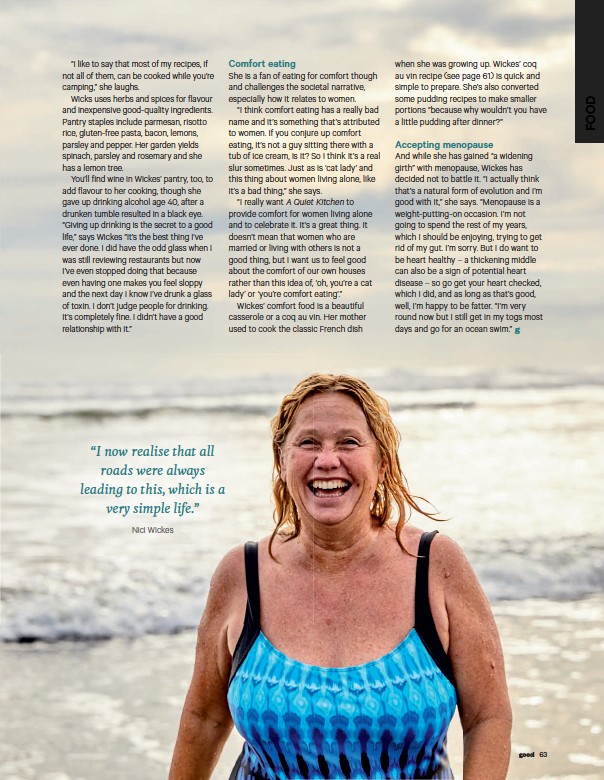